Watercolour and pencil on graph paper 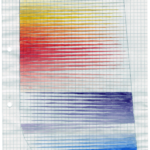 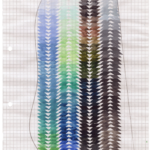 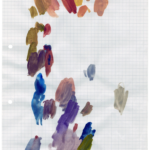 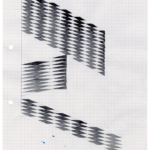 Watercolour and pencil on graph paper

These works are from a series of (largely unseen) unique watercolours, begun in 2011. Fay approaches each painting as a performance, entering a meditative mindset and completing each piece in a single sitting: method acting the role of a modernist textile designer, exploring patterns and tonal relationships.

The title is taken from the diary of Bauhaus Master, Oskar Schlemmer. Fay is drawn to the proclamatory nature of this phrase and the idea that to be alive is to engage aesthetically with the world.

A small selection of these original watercolours were exhibited in the group exhibition, Mind Rhymes at Hidde van Seggelen Gallery, 2013.