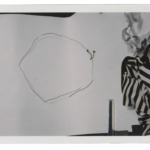 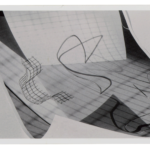 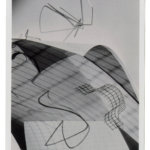 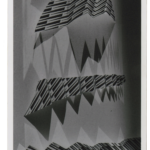 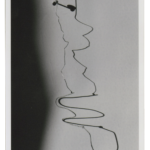 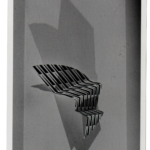 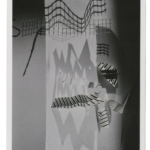 These photographs of small formal arrangements taken in the artists’ studio are part of an archive of around 2,000 images, referred to by Fay as the series ‘Marginal Notes’.

Fay sees these photographs as a visual notebook and makes them as a way to capture minor and intimate moments in her creative life. She wants the images to hover between the abstract and the representational – to produce an aesthetic ‘zoning-out’ that transforms the minutiae of her environment. They are shot on an analogue Pentax K1000 camera, which allows her to explore framing and focus, capture objects at close range, and consider the physical meeting of materials and environment that result in these photographs – or etymologically speaking, these ‘drawings with light’.

A small number of these works were shown in the exhibition ‘before breakfast we talked about the furthest visible point before it all disappeared’, Tenderpixel, 2014, and some were reproduced in Ruth Hofflich’s 2014 publication of experimental writing ‘Arrow Maker’.